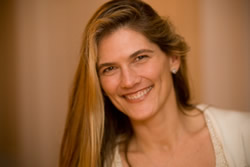 Elizabeth Halliday founded Elizabeth International, LLC in 1998 after working as a freelance computer consultant for 3 years.

Prior to becoming a website designer and computer consultant, she worked as a print and broadcast journalist, for The Associated Press and ABC News, respectively, and was freelance writer of magazine articles and screenplays.

Upon moving to New York City, Elizabeth Halliday also worked for 12 years at some of the largest media corporations, including TimeWarner, Condé Nast, Disney, NBC, ABC and ABC Sports.

For Education, Elizabeth graduated from the University of Delaware with a B.A. in Mass Communications and a Minor in Spanish. While at Delaware, Elizabeth was on the Dean's List all four years, received two Department Awards upon graduation, and also received two scholarships: a Teacher's Assistant with Office Hours and a Foreign Study Abroad Scholarship to Costa Rica. The Delaware Delegation to Costa Rica was the first academic exchange program the country of Costa Rica ever had, and Elizabeth was selected to give the University's gift to the President of Costa Rica, Luis Alberto Monge. Elizabeth also worked in the local public radio station and oversaw the annual fundraising drive, which netted the station 260% more donations than in any prior year. She also worked at WHYY in Philadelphia and Rollins Cablevision in Wilmington, DE.

Elizabeth Halliday is on the Board of Directors for the New York Society of Etchers, a not-for-profit group promoting the creation and exhibition of fine art through etching.

She is also a minority owner of Bread and Tulips, a fine Italian restaurant located in the Hotel Giraffe, part of the Library Hotel Collection owned by Henry Kallan of Prague. Bread and Tulips has received Michelin Recommendations two years in a row.

She has been a guest lecturer on technology at Pace University, in New York City.

In addition to being a Project Manager for large website development projects, Elizabeth's computer skills include website design and website authoring in Dreamweaver, graphic design in Fireworks, Photoshop and Illustrator, Database Development in Microsoft Access and MySQL, Joomla and WordPress, Search Engine Optimization (SEO), as well as many of Google services, including Google Apps, Google Analytics, Google Drive, Google AdWords and AdSense, and Google Wallet.